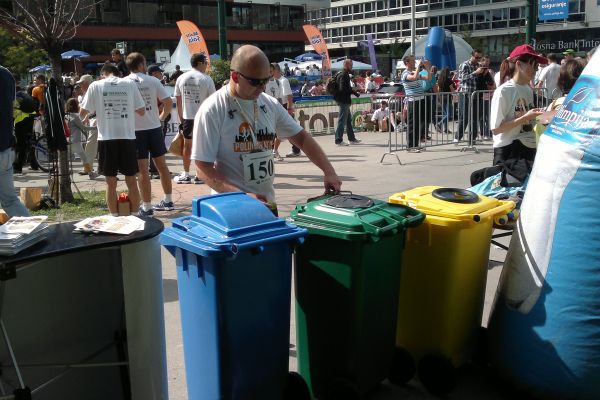 This sports event was organized in regard to observing the International Car-Free Day and was designed to strengthen citizens’ environmental protection awareness.

An important element of the event was also a “sport against diabetes” campaign as well as promoting healthy and more active lifestyle of our citizens.

Sarajevo Half-marathon 2013 gathered around 1000 participant who ran on a track 21,1 kilometers long. Along the track, there were six refreshment stations where the runners were offered the necessary refreshment. Ekopak in cooperation with Papir Service organized collecting of the packaging waste generated along the track which is to be handed for recycling afterwards.