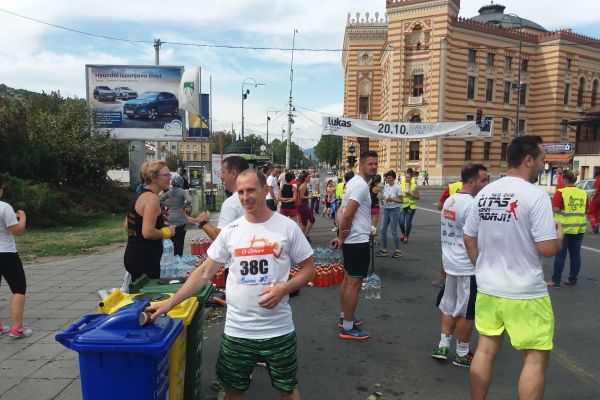 Sarajevo, 17.09.2017. - The 11th Sarajevo Half-marathon was held on the streets of the main city, where participated around 3,000 runners. The largest number of participants was from Bosnia and Herzegovina, but there were also participants from over 30 countries around the world.

Given the positive image and great popularity of this event among the citizens, also this year Ekopak placed set of bins and containers for the separate disposal of packaging waste on refreshment areas and targeted locations. In this way, it was possible for participants and citizens to dispose separately packaging waste which is transported to recycling, and the positive story of Sarajevo's half-marathon received a socially responsible character. The promotion of the importance of environmental protection affects the awareness of citizens, who will properly dispose packaging waste and contribute to the healthy environment.