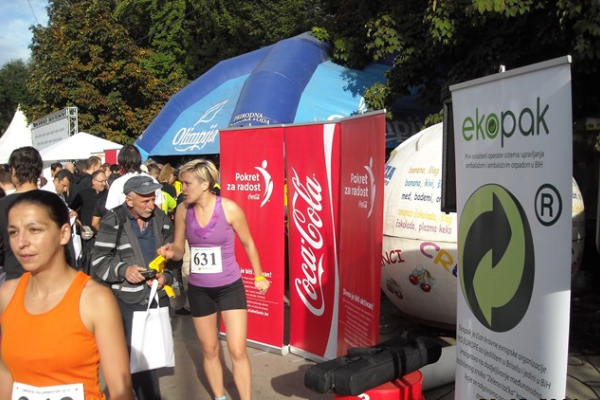 The 8th Sarajevo Half Marathon, 21.1km long, is organized by The Marathon Association and gathered about 1.300 participants from thirty countries - which is a current record.

This project, who’s original idea was the contribution to the International Day Without Cars, has become an respectable international and biggest sports event in Bosnia and Herzegovina. Confirmation for this is a record number of participants.

In addition to practicing a healthy lifestyle, the event educates citizens about the importance of protection of the environment. Traffic in Sarajevo was stopped for three hours, which has reduced CO2 emissions significantly.

This year as well, Ekopak provided waste bins for participants to dispose packaging from water and other beverages. At this way, the environmental part of the event is enhanced and Ekopak enabled that all collected packaging waste, instead at the Sarajevo Landfill, end up to the recycling.

The winners of the 8th Sarajevo Half Marathon are Stanly Kipruto from Kenya and Olivera Jevtić from Serbia. Second and third place in the men's competition were won by the Hungarians, last year's winner Tamas Nagy and Lajos Berec. In the women's competition behind Jevtić came Nikolina Šuškić from Croatia and Tamsin Wilson from Great Britain.