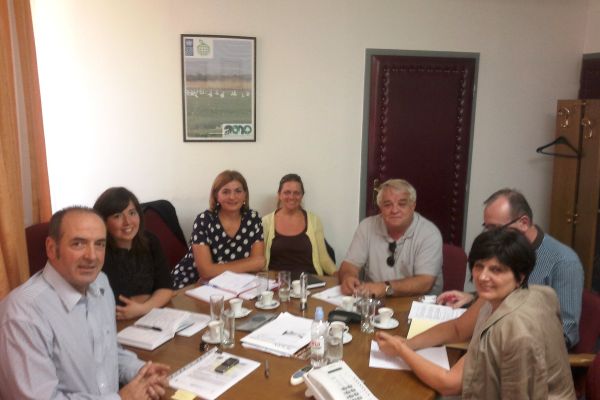 Meeting in the Federal Ministry of Tourism and Environment

On 28 August 2012, Ekopak representatives held a meeting in the Federal Ministry of Tourism and Environment. Other than by Minister Branka Đurić and her advisers, the meeting was attended by representative of the Environmental Fund of FB&H, Tatjana Kapetanović and direcor of Federal Administration for Inspection Issues, Ibrahim Tirak.

Furhtermore, one of the subjects of the meeting was improvement of the existing state of the packaging waste management system, as well as raising awareness of economic subjects- legal obligors- on the importance of joining the system and the importance of implementation of the Ordinance on Packaging and Packaging Waste.

In order to introduce the Ordinance to economic subjects, Federal Ministry of Tourism and Environmnet is planning to organize educational activities with the focus on education of inspection officers, in order to control the situation in the field in the most efficient way.

The Federal Ministry also plans to work on promotion of the Ordinance and the responsibilities it defines.